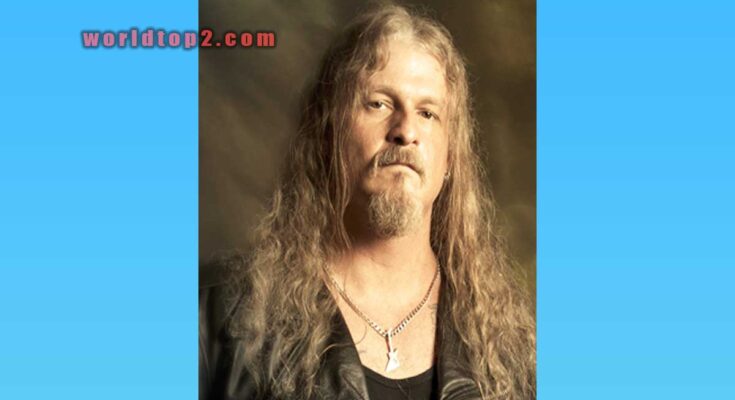 Who is Jon Schaffer?

Jon Schaffer is an American Heavy metal musician. He is well known for rhythmic guitar and writing lyrics for his band Iced Earth. he was born on March 15, 1968, in  Franklin, Indiana, United States. As of 2021, he is 52 years old. He is the founder of the band Iced earth which earlier formed under the name of Purgatory. He had created a logo for his earlier short live band, The Rose, and that same logo was used for Purgatory and later on for Iced Earth too. He is a politically active person. He has written songs on political issues like Our Dying Republic. He has done the highly political side project Sons of Liberty.

Some Facts About Jon Schaffer

1. Jon Schaffer is one of the high profile protesters who stormed the U.S Capitol building in Washington, D.C. He is a die-hard fan of Trump and supports him as another protestor. He traveled all along from Indiana to Washington just for the protest as per the German News Reporter who interviewed him while in protest. He says we Americans need to raise our voices against Communism. He is most wanted amongst 100s of protestors who allegedly stormed the U.S, Capitol Building.

2. Schaffer’s interest in politics developed while he was on vacation and sees some of the political ideology ongoing on the news. It has a big effect on him. He learned about the Federal Reserve System and what that actually means to the country. And, it hit him so hard he decided to write a song and do a solo album on it. And, Jon Schaffer released the album Sons of Liberty which was a highly political project.

3. Jon Schaffer was born in Franklin, Indiana. He revealed about his father, John Birch in an interview and he remembered the talks which his father used to talk about, concerning the U.S and stuff. He really had a difficult childhood. He earned everything on his own. All the pain he gained gave him powerful thoughts so he could utilize it in his songs and albums. He has a younger brother who lives in Iraq and an older sister. Talking about his recent family, he has just mentioned his daughter who was born in 2005 whom he credits with showing a perspective which he never had. He has not mentioned his wife anywhere.

4. Schaffer after moving to Florida started his band and used to live in a car as his home. He got an apartment and a job as a roofer after his car accident. He started his band named The Rose which was only for a short period and broke up quickly. Then, Iced Earth was formed after a lot of hard work and patience. Before Iced Earth this band used to be Purgatory which didn’t work out for long. Matt Barlow, the singer joined Iced Earth after a downtime of 1995-1996 and the band re-emerged with the album Something Wicked This Way Comes. After that in 2001, Iced Earth released the album Horror Shows following The Glorious Burden, Something Wicked Part 1, Something Wicked Part 2, Dystopia, and more.

5. Schaffer’s interest in rock music developed when he was just three years old. At the age of 11, he went to a Kiss Concert where he decided this will be his future profession. And for that, her older sister was introduced to bands such as Black Sabbath, Deep Purple, Alice Cooper, Blue Oyster Cult. Besides these he has other hobbies like scuba diving, white water rafting, riding a bike, and exercising. He also enjoys studying history and current events, as well as “standing against, and exposing, tyranny”. Some of his inspirations are Tom Schaffer, George Washington, Patrick, Henry, Thomas Jefferson, Samuel Adams, Steve Harris, Steve Harris, Aron Russo, and Ron Paul.

Read the full biography of Deetranada